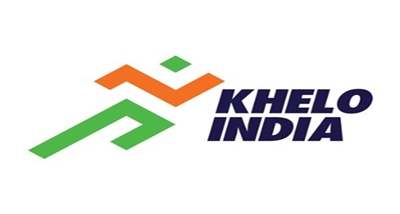 New Delhi : Government has decided to establish 1000 Khelo India Centers (KIC) at the district level across the country. These centers will either be run by a past champion or have them as coaches. The move is to tap into the expertise of past sporting champions for grassroot-level training of athletes and also to ensure a sustained source of income for them in the sports ecosystem.

The decision, while strengthening grassroot level sports, will also ensure that past champions can contribute in making India a sporting superpower while earning a livelihood from sports. Speaking about this decision, Union Sports Minister Kiren Rijiju said, as the government strives to make India a sporting superpower, one of the things we have to ensure is that sports becomes a viable career option for youngsters.

He said the Centre wants to ensure that anyone who has played sport at the national level has a life of dignity and financial stability. A shortlisting mechanism has been put in place to identify past champions who are eligible to either establish their own academy or work as a coach in a KIC. To build the country-wide network of Khelo India Centres, existing SAI extension centres will be given the option of converting into a KIC and recruiting a past champion to avail the financial grant under the scheme.

New Delhi : World Environment Day Celebration at LFPS "It is our collective and individual responsibility to preserve and tend to the world we live ... Read More

Little Flowers Group of Schools has organized a webinar on MENSTRUAL HYGIENE AND PREVENTION OF CARCINOMA CERVIX on May 28,2020

New Delhi : Little Flowers Group of Schools has organized a webinar on MENSTRUAL HYGIENE AND PREVENTION OF CARCINOMA CERVIX on May 28,2020. " The ... Read More