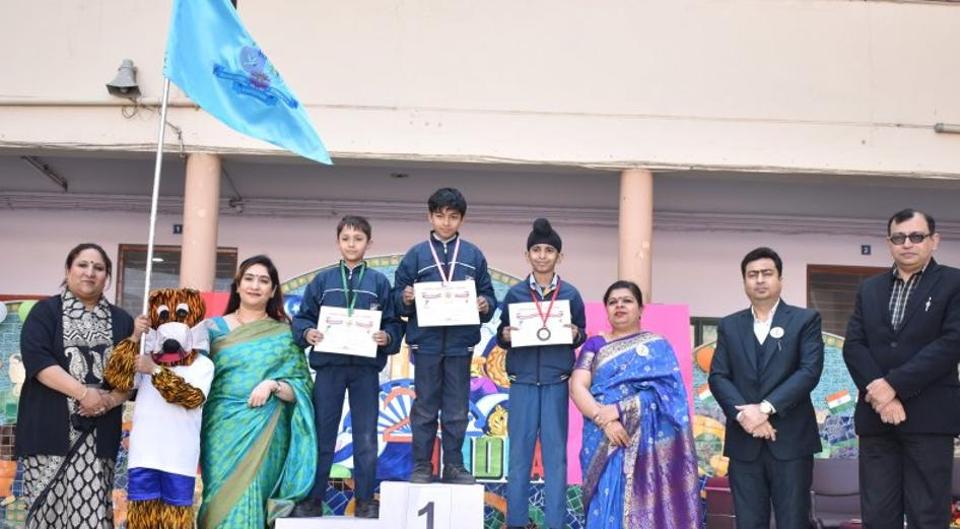 The aim was to inculcate the spirit of sportsmanship and fondness for sports in children. The dignitaries present were chief guest Kamal Public School chairman Dr RK Tandon and principal Reema Tandon. The day began with a march past by NCC cadets and house contingents. The students marched to the music played by the school band. The chief guest took the salute and lit the Olympic torch. This was followed by the oath-taking ceremony. The choir group and the dance group gave a performance inspired by the Indian Army. The yoga group presented a fusion of yoga and aerobics. The students took part in a drill called Swaraksha or self-defence. The performance by young skaters was stunning. Then the students took part in races with vigour such as three-legged race, burst the balloon race, ball balancing race, penguin race, and fairy race. Once the races began the air was filled with cheering for the athletes. The winners were awarded. In his concluding speech, Dr RK Tandon praised the endeavours of the school and highlighted the necessity of sportsmanship in a world riddled with the rat race for glory. The principal proposed the vote of thanks and appreciated the teachers and students. 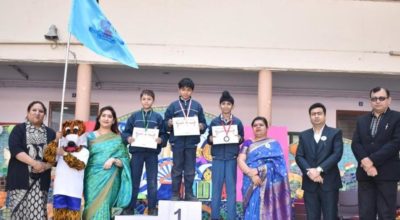 Message to students before 12th Board Exam, How to release board exam stress – Mrs Neeta Dua

"Examination just tests your memory, it does not define your life. It can't confine your dreams. It can't tie your wings of accomplishment." An examination ... Read More

Delhi Chief Minister Arvind Kejriwal said as long as there is an "honest government" in Delhi, the parents need not worry about school fees. Delhi ... Read More